Are LED Lights Safe For Human Health? Analysis Of Some Misunderstandings

Today the LED lights we use are safe, effective, and so energy-efficient, which is not comparable to the traditional lamps in the past. But why are there still many people who suspect that LED lights pose a risk to human health? We have sorted out some common misunderstandings about LED lights, and will analyze and explain them one by one.

Some Common Misunderstandings About LED Lights

Misunderstanding 1: LED Lights Are Harmful To Our Eyes

In fact, because LEDs do not contain ultraviolet rays like other types of light fixtures, they are used in skin and other health therapies. Modern LED lights are just as safe for your eyes as any other source of modern light, and they are even utilized in eye and other health therapies. Blue light, which can be found in sunshine naturally, is a component of LEDs. Limiting the amount of time you spend staring at screens (the main source of blue light), which is obviously bad for you because too much of anything is unhealthy, is a good idea for your health for other reasons as well.

LEDs from reliable producers don't have any harmful toxins in them. For example, the Lumileds LED and Osram LED used in ZGSM LED Street Lights have high efficacy and high quality. In actuality, one benefit of LEDs over sodium lighting, such as HPS and LPS, is that they can be simply recycled with standard electronics. This eliminates the need for facilities managers to worry about extra recycling, which can be expensive. The flashing of fluorescent lights, especially fluorescent tubes, which is genuinely terrible for your eyes, is another issue entirely. Fluorescent lights do contain harmful mercury and must be recycled at specific facilities. This is unimportant if you get your LED lights from a manufacturer who complies with product standards for industrial testing.

Even if any bright light at night won't make you fall asleep, contemporary lights have been a staple of our homes and workplaces for more than a century. And we're not switching back to candlelight right now, we don't know about you! It's crucial to adopt good sleep hygiene by avoiding electronic gadgets like your phone too close to bedtime rather than throwing out LEDs. We all benefit from this for a variety of reasons!

On the other side, being around LEDs during the day might be advantageous! Blue light, which is present in sunshine naturally, might be beneficial for mood. Because of the superior illumination quality provided by LEDs, you may anticipate that your employees will be able to concentrate better. You can now set your light intensity correctly because LEDs come in a wide range of color temperatures and on dimmers. Both applications of LED lighting in homes and businesses support this. You don't have to spend the entire night worrying about your city because even towns, for instance, can choose different color temperatures of LEDs to restrict blue light exposure and light pollution.Even the color temperatures of streetlights (and all other kinds of LED lights) can vary depending on the time of day! Consider a workplace where blue light levels are higher in the morning to keep workers alert and lower in the afternoons to help the day give way to night. With LEDs, the possibilities are unlimited.

Although the very first LED Lamps had a highly white appearance, that is simply not the case anymore and hasn't been for years. The color temperatures of LEDs currently range from chilly blue to warm, brilliant yellow. Simply take a look at how far LED holiday lights have come! You may easily reduce your exposure to this bright white, which is brought on by a lot of blue light. In addition, LEDs have the advantage of producing strong light, which makes places safer (like a university campus or city street). Additionally, as was already said, your LEDs may change for the time of day. So, for example, if you're in charge of lighting a college campus, maybe the LEDs start to dim a little at 10:00 p.m., when most students are getting ready for bed.

All modern technology carries risks, as we all know, so it's critical that we constantly researching and updating these technologies to address issues. LEDs are constantly getting better, so they are not the same as the first generation of LEDs, which received a lot of flak and perhaps deservedly so. The health risks associated with LED lighting are frequently mentioned in relation to outdated models or subpar goods. In order to get LEDs that are healthy for you and your customers/community, with the correct correlated color temperature, physical color temperature, kelvins, etc. to control blue light, and implement only high-quality, industry-tested LEDs, it is absolutely essential that you work with an LED lighting specialist. Otherwise, you can get a dangerous LED. LEDs are NOT a commodity, and they are not all made equally, as we frequently emphasize. To ensure you achieve the best results, we are happy to assist you with your commercial LED lighting project. Pls don't hesitate to contact us for professional advise if you have any demands. 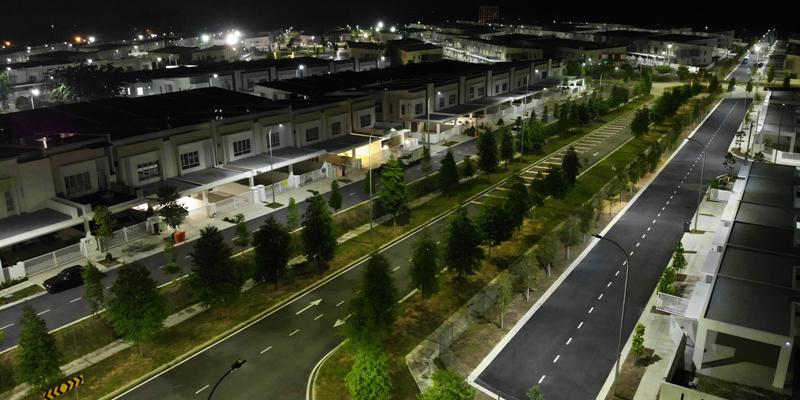